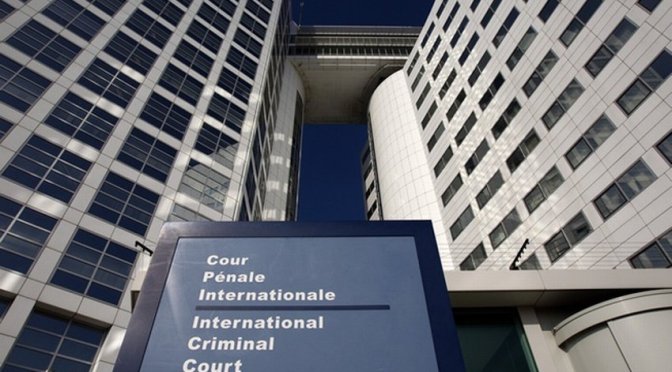 BULLY PATRON THREATENS ON BEHALF OF “ISRAEL”
In an inversion seemingly straight out of Orwell’s 1984, “Israel’s” patron, the United States, reportedly threatened Palestine with sanctions if it accedes to the Rome Statute and joins the International Criminal Court. This is done to protect “Israel” from the consequences of its many war crimes and crimes against humanity committed in Gaza, al Quds/Jerusalem and the ‘West Bank’ of Palestine.

11 September, 2014 IMEMC & Agencies
The United States government has reportedly threatened the Palestinian Authority (PA) with economic sanctions if Palestinian President Mahmoud Abbas continue to insist on presenting his plan for the end of Israel’s illegal occupation to the United Nations.

Israeli news publication “Walla” quoted both American and Israeli sources in reporting that Secretary of State John Kerry threatened the Palestinian delegation if they were to approach the UN with such a resolution.

He warned, according to the Palestinian News Network (PNN), that pursuit of such a course would leave the PA in a difficult position, facing economic sanctions — fundamentally contrary to the State Department’s continued narrative of continuing peace talks and a vast spectrum of denunciatory rhetoric, in addition to contrary statements surrounding settlement expansion and numerous other Israeli violations, including those of longstanding International Law.

Mr. Kerry, who is a member of the Middle East Quartet, reportedly warned that Washington would not only impose these measures, but would equally try to convince its allies to adopt a similar stance.

US officials, as if by default, reportedly believes that the future of the Palestinian state should be determined through negotiations with Israel, regardless of several failed attempts at such an approach, in the past, and the Israeli government’s continued failure to keep their own political promises — even in light of the vulgar attrocites recently committed by the military, on the Gaza Strip, over the course of the summer months.

According to the PNN, presenting the Palestinian case to the UN is seen by Washington as a unilateral decision on the Palestinian State, which goes against its vision of negotiations with Israel as being fundamental.

Economic sanctions, thus, serve to discourage such a move by the PA.

Mustafa Barghouti, General Secretary of the Palestinian National Initiative, in speaking to the PNN, dismissed the threat and asserted that the PA is within its legitimate rights in approaching the UN and can go equally to the International Criminal Court.

Barghouti additionally highlighted the fact that the United States “talks about the need to respect human rights everywhere and respect international law,” and now asks:

“Why is it forbidden for Palestine to exercise this right?”

If the truth offends, stop living the lie. Truth is necessary to understand and decide accordingly

चिन्तयति { चिन्त् } verb - to have a thought or idea, reflect upon, consider, care for, find out

Those who have chosen to be the enemy of all humanity have a lot of enemies and are doomed to failure.